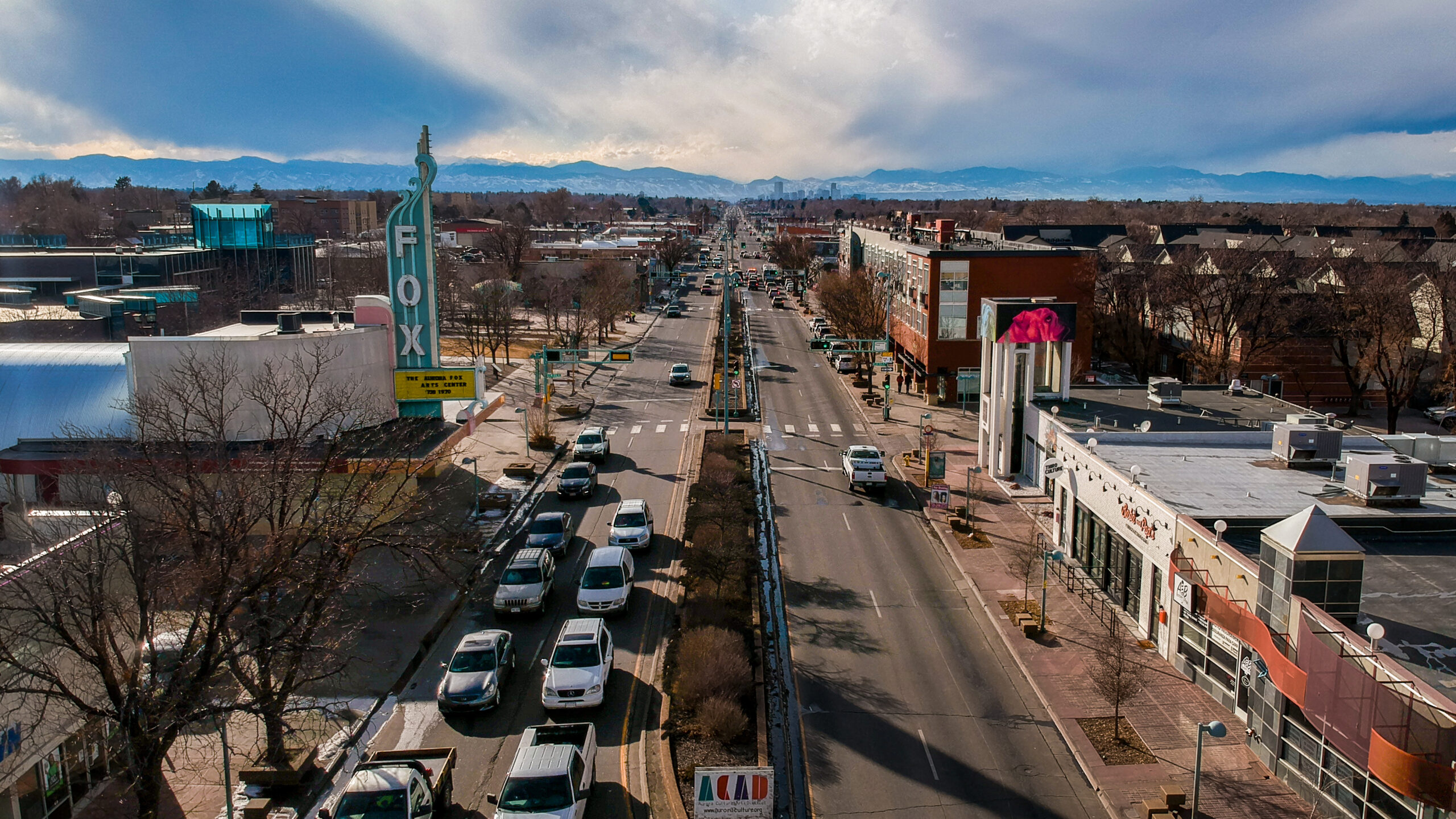 Building a stronger Aurora, together.

As your representative on our City Council, we will work together to improve our city’s safety, jobs, and attainable housing. Our community deserves a greater place to live, work, and play – let’s build a stronger Aurora, together.

A safer community means working together; updates of city infrastructure, safe lighting, cleaner neighborhoods, expanded police and community partnerships makes it possible for everyone to live, work, and play safely and enjoyably.

Our community should be able to live where they work. Through an increase in Work Force Housing, developer incentives, and increased assistance for community members experiencing homelessness, we will make living in Aurora possible for all.

Bill Gondrez lifetime goal always has been and still is dedicated to defending, assisting and meeting the needs of others. Since 1992 while arriving into Aurora as a resident raising a family he has been concise in this goal. Bill and his family were reassigned from the Republic of Korea in the later years of his military career. Bill was assigned to the Fitzsimons Army Medical Center as a Chaplain’s Fund Manager within the U.S. Army Chaplaincy Regiment. He aggressively worked to improve the worship experience for the military and their families within this base. Altogether Bill served his country honorably for over 20 years and was awarded a Meritorious Service Medal and Nine Army Commendations Medals.

After two years of his service at Fitzsimons, Bill retired from the Army’s medical center. Bill quickly applied with his church as a Pastoral Resident for their program and soon after entered the Hospital Chaplain School managed by the Hospital Chaplains of America to become a Hospital Chaplain at the Aurora Regional Medical Center and two convalescent homes, again meeting the needs of others. While completing his Theology studies he worked nights for United Parcel Service at Stapleton and later Denver International Airport.

During his military carrier Bill volunteered with the Boy Scouts of America in many key leadership roles to meet the needs of children in three countries and three states. Later when he established a family in Aurora he again reentered the scouting program with his sons. Bill was in leadership positions to teach and model children into adulthood.

Bill also received a position as a Supply Judge for Adams County supervising election judges for the Adams County Clerk for 17 years working for our registered voters.

In 2000 Bill began employment at University of Colorado Hospital, working first at the 9th Ave. location in Denver and later at Anschutz Medical Campus in Aurora. Following his entrance exams he again was looking for the greatest area of impact for those most in need. Bill selected the Radiation Oncology Department as a Practice Assistant. While employed there he assisted patients in life and death situations due to their prognosis. Eventually, children and their families with cancer became his primary focus. Bill became instrumental in creating much needed recognition for patients receiving completion of treatment. In 2011, Bill receives the highest award from the President of the hospital for Patient and Family Center Care. Bill once again retirees after 16 years from the Fitzsimons campus this time as a civilian.

While employed at the hospital Bill witnessed a news story about a group of people protesting at numerous fallen soldier’s burial sites with pickets and words of anger at what the soldier represented for our society. The fallen soldiers were not able to defend themselves and the grieving families were in disbelief and confusion. He knew he had to do something to correct this horrifying situation from ever happening again. He immediately sought information to learn Colorado’s legislative process to write, solicit state representatives, and obtain media coverage to make a change for all Coloradans. Bill spent many long hours rewriting and presenting at legislative meetings on his own time, expense, and being fully aware of the danger of repercussions from the protesting group. In 2006, Bill with the help of the state’s Senate and representatives, passed the “Right to Rest in Peace Act” HB06-1382 signed by the Governor of Colorado.

In 2014 Bill saw a real need for clean-up of the neighborhoods within Aurora. Once again, on his own time and effort he went to work and wrote a five-page, 12-point initiative clean-up plan for the Mayor and City Council Members to implement. This plan was to involve all the city’s departments including Aurora Public Schools. It was also a self-help plan for our residents and businesses to educate themselves on how we can improve our lives in Aurora. The following years he recruited 181 families, businesses, churches, schools, and apartments within Ward 1 and 2 to the newly created Block Meister Program.

As a result to the initiative, Neighborhood Services Department created an annual Beautification Grant program for all Wards within Aurora. Bill created an alleyway cleanup campaign for Ward 1 and was awarded grants for the program during the summers of 2015, 2016, 2017, and 2019.

Bill on his own time implemented and facilitated a self-walking “pick up trash” campaign within this community for over 8 years on a daily basis. He cleaned alleyways, sidewalks, streets, RTD stops, parks, yards and businesses all through his own effort and expense.

In 2018 Bill created and implemented a grant from the Stapleton Foundation, the first of its kind from a Denver organization to the City of Aurora for Ward 1 to clean up our alleyways during that summer.

After retiring from the hospital Bill began employment with the Aurora Public School system. He also went back to school once again. This time Bill needed to obtain certification in Early Childhood Education to meet the state’s accreditation requirements.

Bill volunteered as a Block Captain for the Stapleton Foundation for Northwest Aurora for over nine years to meet health needs with education and information. Bill was awarded the Community Advocate of the Year in 2015.

Bill was a Board member for Denver’s Community Task Force, Colfax Coordinator Connection. This task force was asked to find new and easier ways for the public to move along the Colfax Avenue corridor.

Bill also served as a Board member for Citizens Advisory Budget Committee for over five years to assist and support policy and budgeting for Aurora’s Finance Department, Mayor and the City Council.

Bill is a Board member for the City of Aurora’s “Spirit of Aurora” organization currently assisting with the Finance Department with 501(C)(3) grants and projects.

Bill is also currently a Board member for the city’s Citizen’s Water Advisory Committee supporting policy and budgeting advisement for Aurora Water Department, Mayor and the City Council.

In 2016 Bill was awarded by the Mayor of Aurora, Stephen Hogan, and by the Council representative of Ward 1; the Amazing Auroran certificate for the all the work he has completed in the past and the ongoing work he is doing for the citizens and community of City of Aurora.

Today, Bill is an educator at Kenton Elementary School in the Early Child Education Department with the Preschool program for four years.

Bill is a lifetime member of the Disabled American Veterans organization. Often he links school children with wartime veterans to send letters and cards of encouragement and kindness.

Bill has lived in Northwest Aurora since 1992 and worships as a devout member of New Life Community Church and has been for many years. He was an Elder; Sunday School teacher; senior’s pastor; and created a Care Team ministry and hospital visitation program for many of those years.

Bill wants to work with other Council Members and the Mayor as a team member to make this Ward an example of the excellent diverse people that he resides with. Bill truly believes that we are all connected to each other. He wants to continue working with the residents and businesses to make this a great place where we can feel safe and enjoy our daily lives. Day by day together we are Aurora Strong.

Complete the form below to get updates and find out about events. We look forward to meeting!

To make a donation by check, please make payable to “Committee to Elect Bill Gondrez” and mail to: